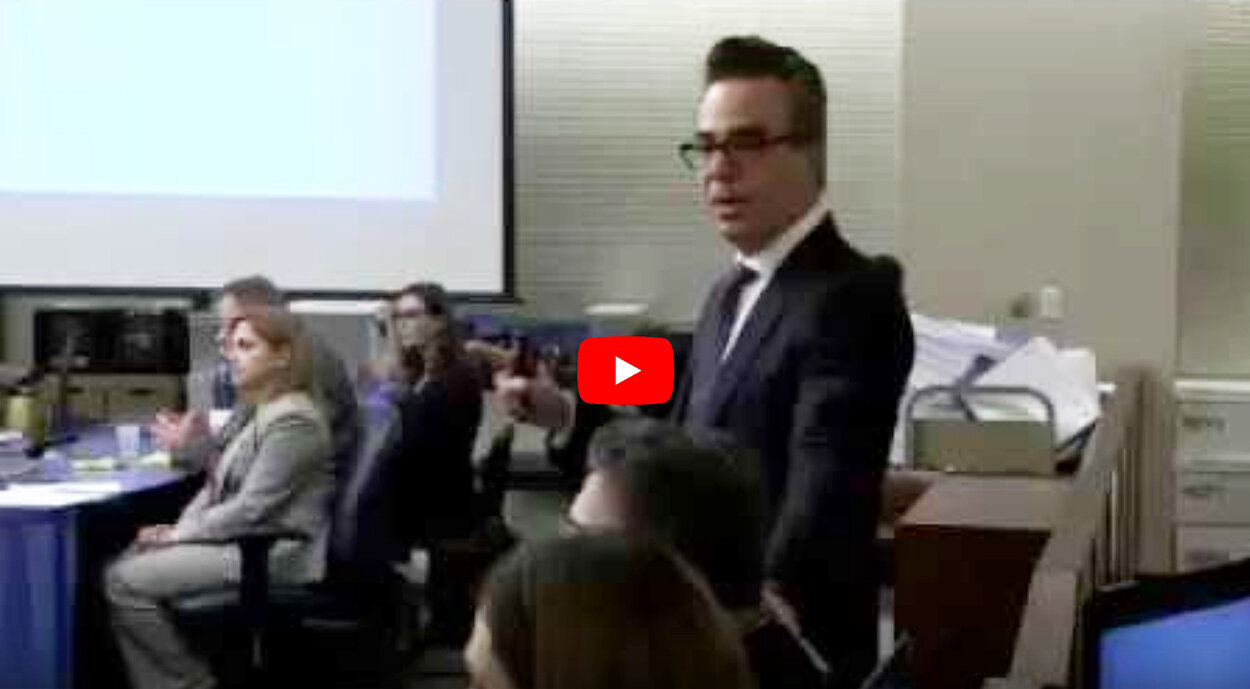 Recently CVN chose to feature how Arash Homampour’s rebuttal helped swing the verdict in a trial over a crash that paralyzed a cyclist.

You can read CVN’s full write up of Arash’s rebuttal here.

The defense attorney says we wanted utopia. Do you want to know who wants a utopia? This man. He wants to turn back time and get the city to do its job with its property, to either shut down that road to bicycle traffic or to do its job and make sure there’s no blind corners and all the signs are up. That’s his utopia. He wouldn’t be paralyzed, he wouldn’t be here if they had done their job. You have not heard any law that puts the responsibility to make sure this road is safe on him or any bicycle rider, none. The legal responsibility is on the city and they’ve accepted no responsibility. All they’ve done is meth, meth, felony, meth, like we told you, from the beginning. They have accepted no responsibility for an incident that was totally preventable if they had done their job. And not only are they not accepting responsibility, they’re coming in here with a bunch of nonsense. She just told you, “I have no control over what my expert witness says.” By the way, if you saw me and him talking, I love what I do. It’s 2019, I could go through the transcript, I can find that moment where she had that conversation with her expert about the vehicle code and I can put it up in a PowerPoint and here it is, or here it will be. {Laughing} This is her asking questions of the expert. “Sorry” “Counsel, take it down a notch.” “Sorry.” “Take it down a notch.” “The defense attorney, you mentioned that by definition, the cyclists are traveling too fast, poor condition. Is that what you mentioned?” Answer, “That’s correct.” Question, “And can you explain again, why?” “Objection has been answered.” “Counsel, he answered that,” move onto the next slide please. Next question, she is repeatedly trying to get her expert to say he is going too fast for conditions. The expert did not say it, she did. Question, “Do you know any vehicle code…” “Objection, your honor.” “That’ll be up to the jury, overruled.” “Do you know of any vehicle code that comply…” She mentions vehicle code that comply…she mentions vehicle code, “Do you know any vehicle code that complies with the traveling too fast for condition? Sustained. Objection.” Question, does it again, “Are you familiar with any vehicle code? Court. Counsel, he’s not going to go there, sustained.” So, if they’re not being truthful with you now, at the end, at the end, literally his last chance to get justice. If they’re not being straight with you on something like that, how can you trust anything this city has argued or presented to you? They give you bogus graphics, they hire biased expert, they pay him hundreds of thousands of dollars to tell you a bunch of garbage. This case is simple. There was a blind corner that shouldn’t have been there. If they’re going to allow bicycle traffic to 25 mile an hour cars competing for the right-of-way, don’t do it, or trim those bushes, or put up the necessary signs. Period. Don’t come in here and try and confuse you. This is not a joke, he is in a wheelchair. Listen, we cannot turn back time, there is no utopia for him, or for anyone.